Ancient Egyptians believed that cats were gods. In the European Middle Ages cats were condemned, believed to be companions for witches. Either way, they have long been viewed as mysterious and unapproachable, and that reputation persists for the domesticated cat, to this day.

It was only a few thousand years ago that cats became household pets for humans, as opposed to dogs, which were first domesticated over 30,000 years ago.

Unlike dogs, cats are not built for social groups, their ancestry stemming from the African wildcat, one of the great loners of the animal kingdom.

Despite the mystery surrounding cats and their supposed “loner” behaviour, housecats have long been known to have deep feelings for their humans and to develop close bonds. While the extent to which a cat has a need for social contact with humans can vary, learning to read cat behaviour can help us understand and appreciate our feline friends even more.

There are many behaviours exhibited by our furry felines that we try to interpret. We make many assumptions as their human companions and yet, we really only have a vague understanding of what they’re trying to tell us.

Your cat greets you at the end of the day with a raised tail. He or she may slide between your legs and you might even hear some purring. You decipher all of this to mean that your cat is happy to see you. But is that really accurate?

The raised tail, for example, is most likely not an expression of joy, but actually a signal of willingness to make contact. Imagine the wild cat out in the high grass of the bush. He or she can only draw quiet attention to his or herself by raising the tail. It’s a way of saying, “I’m ready to talk.”

Slipping in and out between your legs seems like affection from your cat, but this is generally not an act of love. In most cases, your cat is trying to either get your attention – most likely for food – or marking you as his or her territory.

We usually assume that when our cats purr they are happy or at the very least, letting us know that they love us. Research into cat behaviour has started to show that there are various other reasons that cats purr, from serving as a self-soothing mechanism in uncomfortable situations, to being a persuasive tool when they want something.

The most definitive expression of love from your cat is kneading. This behaviour harkens back to his or her early days as a kitten. The act of kneading is one that kittens instinctively perform in order to stimulate the flow of milk when nursing from the mama cat.

There is some hierarchical structure within the cat world, and humans have very little to do with it. Female cats, for example, are more likely to form a community than males. Feral females often form groups and within these groups, a cat who has had a litter and is raising kittens, will rise in the ranking. Spayed females, by contrast, are usually at the bottom of the hierarchy. And unlike male cats, female groups of cats display clear solidarity among the group.

Male cats find their place in the hierarchy thanks to a set of unwritten rules. This is true whether cats are strays or domesticated. Male cats can be very brutal in establishing and maintaining rank, although neutering usually provides some calm among male cats in a group.

Among male housecats living together, the ranking is usually obvious through small gestures – who eats first, who sleeps where, and so on.

For dogs, their humans are the “alphas,” they are the leaders of the pack. This is not so for cats.

Our modern-day housecats seem to agree to adapt to our environment, in return for some company (when they want it!), regular meals, a nice place to sleep, and a warm spot in the sun to nap.

While the human-cat connection doesn’t seem to follow any exact science, researchers have proven that for cat owners, there are significant benefits to cohabitating with felines, both physically and mentally.

Studies have shown that cat owners feel happier, more confident and less nervous than those who don’t have cats. It is said that they sleep, focus and face problems in their lives better as well. Experts have also said that cats help to ease stress, help us to be more sensitive and caring, and may actually be good for our physical health.

For all of these reasons, it’s obvious why cats have been so revered, mythicized and loved through the ages. 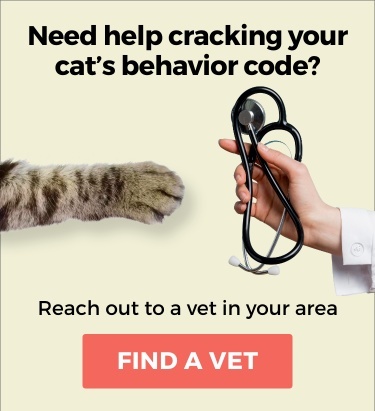