What’s Causing Your Cat to Cough?

What’s Causing Your Cat to Cough?

Everyone coughs now and then. It’s a natural, protective reflex that helps rid the respiratory tract of irritants or mucus, but if you notice your beloved cat coughing, it might be somewhat alarming. An occasional cough is not something to be concerned about, and your cat’s feline habit of retching or gagging up a hairball is not the same thing as coughing. But let’s remember, our feline friends are notorious for hiding signs if they become ill, so if your cat begins genuinely coughing, it’s something you should pay attention to.

Most often, coughing in a cat is a sign of a respiratory tract infection. In our feline friends, this can be caused by bacteria such as Bordetella bronchiseptica or parasitic worms, including heartworm or lungworm, both of which are relatively rare in South Africa. Heart disease can also cause your cat to cough. Other reasons your cat could be coughing involve the presence of foreign material in the airway, like inhaled grass, or irritation from inhaled substances, such as pollen or other potential allergens.

If your cat’s cough is persistent, lasting more than a few days, seems severe, recurs, and is not productive (meaning, it does not result in the production of phlegm or a hairball), you should have your four-legged friend examined by your veterinarian.

Some of the causes or conditions your veterinarian may be looking for in examining your feline companion are listed below.

Fairly common in cats, especially those living in high-density populations, such as shelters, respiratory infections are caused mainly by viruses, bacteria, and parasitic worms.

There are some viral infections, such as Feline Rhinotracheitis Virus (also referred to as Feline Herpesvirus) or Feline Calicivirus, which cause several issues, but generally are not a cause of coughing in cats, unless complicated by secondary bacterial infection.

A bacterial respiratory infection, Bordetella bronchiseptica is often found among cats housed in high-density populations, such as shelters. These infections spread through oral and nasal secretions and can cause signs ranging from mild to life-threatening. Signs of Bordetella bronchiseptica include coughing, sneezing, mild eye discharge, and in severe cases, difficulty breathing.

Caused by a worm parasite (Dirofilaria immitis), heartworm disease is a potentially fatal but preventable infection. Although rare to South Africa, the infection is transmitted by mosquitoes, which carry the heartworm larvae from an infected animal to a new animal host, where they grow into adult worms that live in the blood vessels leading from the heart and lungs.

Cats that live in areas where heartworm is common are at risk of infection just as commonly as dogs. However, cats often show no signs of heartworm or show only nonspecific signs like coughing and wheezing or even difficulty breathing or vomiting. Unlike dogs however, cats can develop severe respiratory signs as the heartworms mature. This is known as heartworm associated respiratory disease or HARD. In addition, disease due to adult heartworm can result in sudden death of a cat that was apparently healthy.

Lungworm infection can be caused by a number of different worms in cats, but the most common is Aelurostrongylus abstrusus. This infection is transmitted via infected slugs or snails or even from mucus of snails in outdoor water bowls. Infection can also be spread through infected rodents, birds, frogs, lizards and cockroaches which the cat has caught and eaten. After infection, the lungworm larvae migrate to the cat’s lungs and develop into adults.

Cats infected with lungworm may show no signs or have mild to severe respiratory signs due to bronchopneumonia. The main sign is a productive cough accompanied by mucopurulent nasal discharge, rapid breathing, and difficulty breathing. Cats can also have nonspecific signs such as anorexia, weight loss and lethargy. Death from lungworm is relatively uncommon, although it can occur in kittens.

Cats can be born with a heart defect or more commonly, develop heart disease later in life. Heart disease develops due to a genetic predisposition or develops because of other health issues such as hyperthyroidism and high blood pressure or hypertension. The most common form of heart disease in cats is called hypertrophic cardiomyopathy or HCM, and this occurs in 15% or more of cats. In this condition, the heart muscle becomes thickened and functions poorly. HCM can occur in any cat but is more common in certain breeds including Maine Coon, Ragdoll, British Shorthair, Sphynx, Chartreux and Persian cats.

Cats with heart disease may show no signs or can have respiratory signs such as shortness of breath, laboured and/or rapid breathing, wheezing and/or coughing as well as pale or bluish gums, an irregular heart rate, and/or a heart murmur. Acute weakness or paralysis in the back legs is also a sign of feline heart disease. Some cats with heart disease can also have non-specific signs like lethargy, inappetence and weight loss. Collapse and sudden death can also occur. A heart murmur does not always indicate the presence of heart disease.

The terms “asthma” or “chronic bronchitis” are used differently in cats than they are in people. In cats, these terms are used to describe chronic lung disease. Sometimes this is also called allergic airway disease or allergic bronchitis. The cause of this condition is not clear and fortunately, it is not very common, occurring in 1-5% of cats. It is tricky to diagnose however, as other causes of respiratory signs need to be ruled out to do so.

Cats with chronic lung disease may show signs of breathing difficulty, wheezing, and/or coughing. These signs may vary in intensity and may seem to happen spontaneously.

There is a lot that goes into accurately diagnosing what is behind your cat’s coughing, so the more information you can provide your veterinarian, the quicker your veterinarian can reach a diagnosis.

Factors like your cat’s age, breed, living environment and habits play a role in identifying the source of your feline’s cough. Your description of the nature of the cough itself will also help your veterinarian identify a cause. For example, is your cat coughing mostly at night? Is there something specific that brings on the cough? These kinds of details will go a long way toward helping to treat your kitty.

Some of these conditions can be prevented by taking a few prophylactic measures including:

If your cat is coughing, your veterinarian will do a thorough intake and physical examination as well as additional diagnostic tests, such as echocardiography, if needed. Treatment for cat coughs depends on the diagnosis and may include antibiotics (if there is bacterial infection), specific medication for heart disease, or anti-inflammatory medication for asthma.

Ultimately, it’s a good idea to pay attention to what your cat’s cough is telling you and seek veterinary care promptly to ensure early diagnosis and treatment. 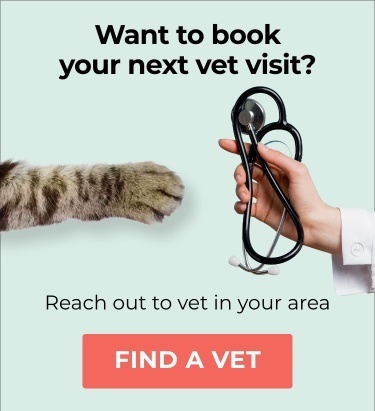