Fleas, ticks and mosquitos can be more than just a pesky nuisance. In fact, these pests can also be major carriers of many potentially serious diseases that can affect both humans and our beloved dogs. Known as “vector-borne diseases,” pathogens, or disease-causing organisms, are spread from one host animal to another by these annoying little pests, which act as carriers. They potentially transmit disease each time they bite and feed on a host animal, such as a dog or even a human.

As you become more vigilant about protecting your furry friends from these parasites, it’s helpful to know you are also decreasing the risks related to the specific diseases each vector can carry.

Ticks start from an egg and then go through three life stages and in order to survive, they must have a blood meal at every stage. Most ticks can feed on all kinds of mammals (some even on birds, reptiles and amphibians too!), and many ticks need to find a new host at each stage of their life.

Like mosquitos, saliva from the tick enters the host at the site where the tick is feeding. In this way, disease is both ingested by the tick, and potentially transmitted to other host animals.

When a tick feeds it can remain attached for several days taking in a blood meal. The tick does not immediately transmit a disease when it attaches, this takes some time, although the amount of time can vary for different disease agents. This is an important point, because treatments that kill ticks when they feed on dogs need to work quickly enough to prevent a disease from getting transmitted to the dog.

There has been a great deal of population growth and movement among tick species. For example, the brown dog tick was previously found mostly in the warmer Mediterranean areas, but over the past few years has moved north into Europe. This tick can become established inside buildings and survive through colder months protected from the winter weather.

The Asian longhorned tick may have entered the US unnoticed during transport while feeding in the external ear canal of dogs. Its particular reproductive ability means that only one female tick entering the country is enough to start a new population.

Female mosquitoes bite and suck blood. They need the protein in blood to develop eggs. When a mosquito bites, it not only sucks blood, but also secretes saliva and when this occurs, the saliva enters your blood. If the mosquito feeds off an infected animal or person, it can then pass infection along to other creatures because mosquitoes take multiple meals from multiple sources.

Mosquito population growth has increased the spread of mosquito-borne diseases. These diseases can now be found around the world, not only in areas once considered to be of high mosquito risk, such as subtropical and tropical regions.

Heartworm, rarely found in South Africa, is a potentially fatal disease that starts when a mosquito infected with larval parasites bites a dog. The juvenile parasites enter the dog through the mosquito bite wound and start the cycle of infection. In dogs, these worm larvae mature into adult worms in the heart and nearby blood vessels, potentially leading to heart and lung failure. The mature heartworms reproduce and new infective stages of the worm, called microfilaria, enter the blood stream, ready to infect another mosquito when it feeds. This infection rarely spreads from mosquitos to people.

A parasitic worm transmitted by mosquitos, the D. repens reside in the subcutaneous tissue of dogs, as opposed to entering the bloodstream in the way heartworm does. Most infections in dogs are asymptomatic, although your pooch may experience skin irritation and swelling as well as conjunctivitis in his or her eyes.

People are susceptible to D. repens as well from mosquito bites, however, most infective larvae introduced into people are thought to die before reaching maturity. Symptoms in people tend to mostly be localized swelling.

Tick bites also potentially expose both dogs and people to a broad range of small bacteria that belong to a group called the Rickettsiales. These include organisms that cause a variety of diseases:

Sandflies are tiny gnats that breed in dark, moist areas with plenty of available organic matter to serve as food for the larvae. Female sandflies require blood meals in order to help produce their eggs.

Screening is done by your veterinarian if he/she suspects your dog has a vector borne disease, usually through a blood smear which is then analysed under a microscope. There is still a lot to learn around how soon a dog will test positive for the disease after becoming infected; the types of clinical signs an infected dog will develop; when to expect clinical signs; and why some dogs never show any signs of infection. Additionally, some dogs can continue to test positive for many years after becoming infected, this is seen for ehrlichiosis for example, and this can complicate the interpretation of a positive test as a recent change or an infection that happened some time previously. 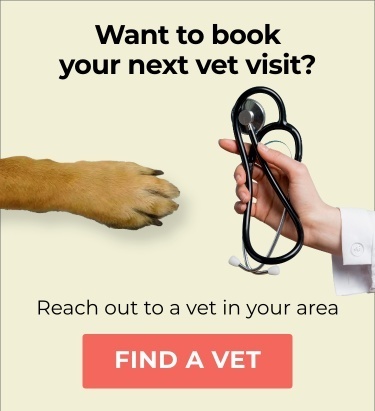