DOGS | HEALTH & PROTECTION | 9 Diseases Ticks Can Spread In One Feeding

9 Diseases Ticks Can Spread In One Feeding

9 Diseases Ticks Can Spread In One Feeding

Ticks are small, but the harm that they can spread to you, your dog, cat, and family is mighty. Ticks are blood-sucking parasites that often carry disease-causing bacteria and parasites. As a result, they transmit an array of different infections, sometimes simultaneously, into the bloodstream when they consume a meal. The transmission of tick-borne diseases tends to travel under the radar because ticks are tiny creatures that can attach, bite, and fall off a host without being detected. The clinical signs of different tick-transmitted diseases can be quite similar, so please get help from a physician or veterinarian if you suspect a tick borne disease.

Here are 9 diseases that infected ticks can spread once they begin feeding.

Is a disease that is transmitted in at least two forms: Anaplasma phagocytophilium and Anaplasma platys. Deer ticks and western black-legged ticks are ticks that transmit Anaplasma phagocytophilium. This disease affects the white blood cells in dogs, cats, and humans. Fever, lethargy, loss of appetite, joint pain, and stiffness appear 1-2 weeks after infection. Anaplasma platys is transmitted by the brown dog tick. This bacterial disease causes a decrease in platelet count in dogs, and sometimes cats. In addition to the clinical signs above, some animals may also suffer bruising and bleeding due to the decline in platelet count.

Is a bacterial disease transmitted to dogs, cats, and humans by the Brown Kennel tick. This disease causes flu-like symptoms—fever, fatigue, joint pain, vomiting, diarrhoea—usually within one to three weeks of being bitten by an infected tick. Bleeding disorders can also occur in affected dogs.

Commonly referred to as Lyme disease, is a bacterial disease transmitted by deer ticks to dogs, cats, and humans. Symptoms include fever, fatigue, loss of appetite, swollen and painful joints, and fatigue. It is important to note that symptoms may not develop for several months. Humans who are bitten by an infected tick may develop erythema migrans, which is a rash that resembles a bull’s eye. This rash is not easily seen on animals.

Is a disease that is typically transmitted by the brown kennel tick and the yellow dog tick but can also be spread through the bite of an infected dog (although this does not happen commonly), contaminated blood transfusion, or through maternal-fetal transmission. It is caused by protozoan parasites of the genus Babesia, which infect red blood cells.

Babesiosis affects a wide range of domestic and wild animals, and occasionally humans. Signs of infection vary from a mild illness that progresses quickly to a severe disease that rapidly results in death. In some cases, the parasite causes a long-term disease with severe and progressive anaemia as the main symptom.*

Is a bacterial disease that is transmitted by ticks and fleas. This disease affects dogs, cats, and humans. Bartonellosis is a zoonotic disease, which means that it can also be transmitted between animals and humans. In humans, this infection is often referred to as cat scratch disease even though it may be transmitted through a tick. Symptoms include fever, lameness, lethargy, lack of appetite, nausea, irregular heartbeat, muscle pain, along with swelling and inflammation of the lymph nodes, eye, brain.

Is a rare disease caused by a protozoan called Hepatozoon canis that is transmitted by ticks. Infection is not caused by a tick bite, it’s caused when a dog eats an infected tick. The infection creates areas of inflammation within body tissues, which can cause signs of disease such as fever, depression, weight loss, poor body condition, muscle loss and weakness, discharge from the eyes, and bloody diarrhoea. These signs may come and go. Surprisingly, many dogs have a normal appetite. Severe sensitivity or pain near the spine is also common, as are stiffness and a general reluctance to move. Eventually, hepatozoonosis may lead to inflammation of the kidneys or amyloidosis of the kidneys (a condition in which there is a buildup of an abnormal protein called amyloid in kidney tissues). This is a lifelong infection in dogs; no known treatment completely clears the body of the organism.*

Is also a rare disease caused by parasites of the genus Cytauxzoon transmitted by ticks to cats. The disease progresses quickly and is usually deadly. Symptoms typically begin about 10 days after a tick bite and come to peak about 6 days later. Cats may be feverish, weak, depressed, and dehydrated. They may also have difficulty breathing and refuse to eat. Gums and mucous membranes are often jaundiced. Treatment is often unsuccessful, but new treatments have shown promise in some cases.*

Also referred to as feline infectious anaemia, is a bacterial parasite transmitted by ticks (and fleas) to cats and dogs. This parasite targets red blood cells causing anaemia and weakness. Symptoms differ for cats and dogs. Cats that become infected may suffer from depression, weakness, fever, anaemia, jaundice, and an enlarged spleen. Dogs may experience weight loss, depression, and fever, but only if their immune system is weakened by other diseases.

Is a bacterial disease caused by Rickettsia rickettsii and is transmitted by the American dog tick and Rocky Mountain wood tick to dogs. Humans can become infected from a tick bite or following contact with tick blood and lymph fluids or excretions during the removal of engorged ticks from their dogs or themselves.* Symptoms develop within five to ten days after an  infected tick bite and include fever, loss of appetite, enlargement of lymph nodes, joint inflammation, coughing or difficulty breathing, abdominal pain, vomiting, diarrhea, and swelling of the face or extremities. In severe cases, flat, perfectly round purplish red spots may be seen on the linings of the eyelids and mouth. These spots are caused by bleeding below the surface of the tissue. Signs of nervous system involvement, such as altered mental states and increased painful spinal sensitivity from a usually painless touch, may be seen. Between 1% and 5% of dogs with Rocky Mountain spotted fever die from the disease.*

You may not be able to stop every tick in its tracks, but you can certainly take the necessary precautions to protect yourself, your family, and your pets.

The most important preventive steps are those that control ticks. After spending time outdoors, be sure to check yourself and your furry friends for ticks. If you find a tick, remove it immediately. Talk to your veterinarian about the benefits of using Bravecto® to kill ticks that try to bite your dog or cat in the first place. Bravecto® protects your dog and cat for up to 12 weeks in a single dose, nearly three times longer than any other treatment. 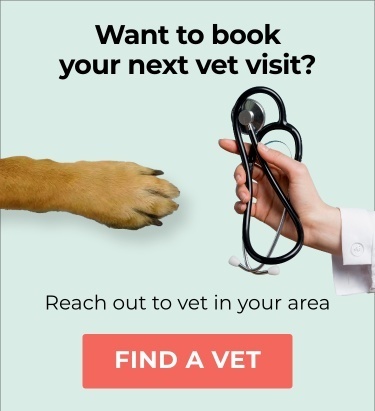 There are some important facts you should know about Giardiasis and your cat or dog.

Changing weather patterns with warmer temperatures and milder winters are contributing to this risk by making it easier for disease-transmitting parasites to survive for more months of the year.

Armour Up Against Parasitic Worms In Cats

The first step in learning how to prevent parasitic cat worms from preying on your pet is to understand the nature of these harmful creatures.

The more you know, the easier it will be to understand why you’ll want to prevent ticks in the first place.

Like all ticks, the Brown Dog Tick is a parasite. To survive, it must consume a blood-meal from a host.

Where Ticks Lurk In Your Environment

Many people think that ticks are annoying little pests that are sometimes found on their dogs during the Spring and Summer.

How To Deal With Ticks On A Dog

Your dog is an extension of your family, so naturally, safety comes first. Ticks are a common health concern, especially with the global increase of tick-borne diseases.

How to protect your dog from fleas and ticks

You should also be able to recognize the signs of flea and tick infestation on your dog, as these will help you get the right protective treatment in place.

How to Protect Your Cat From Fleas and Ticks

Your cat is a valued and loved member of the family, and it is normal to be worried about its wellbeing and concerned about parasites.